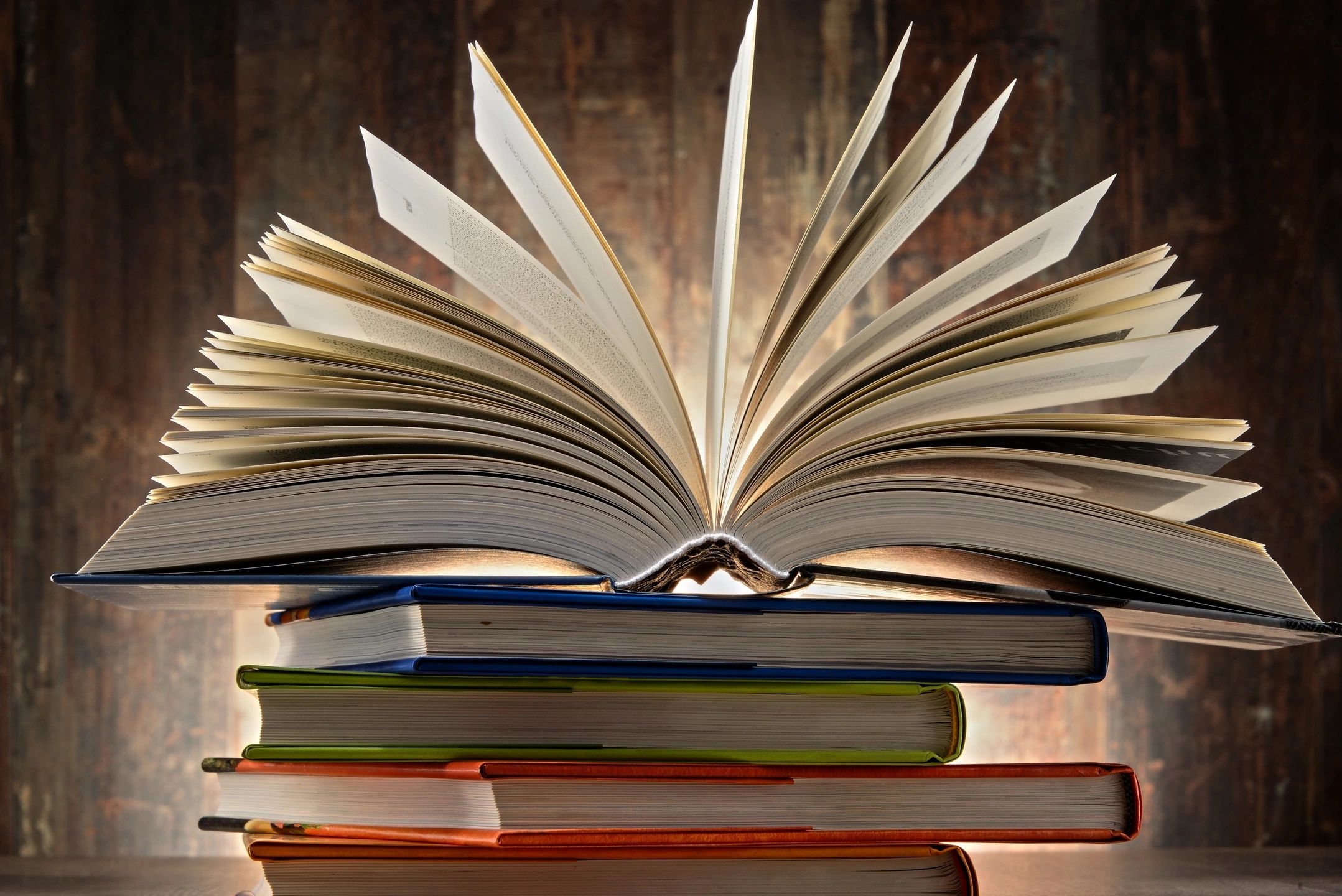 A Need for Storytelling

By Michael Bailey Success Stories, Writing Comments Off on A Need for Storytelling

Discuss books and at some point in the conversation someone will say, “I always wanted to write a book” or “I have an idea for a story” or, if talking with a writer, “Hey, maybe you can write one for me.”

The defining word hidden in that first of three statements is want. There may be a desire or passion to share a particular story with the world, whether fiction or nonfiction (imaginary or factual), but is there also the need?

Determining Want vs. Need Is Crucial

Want vs. need is crucial to determine. Want is an aspiration, whereas need is an essential requirement. Many want to write and become a published author, but who really needs that status, and what is the difference between writer and author?

I recently worked with a musician from Nigeria who wanted to write a book about music’s ability to change the world. He showed signs of impostor syndrome early on, despite displaying incredible prose with his nonfiction work-in-progress. The storytelling seemed to come naturally, and although his opening chapters needed structure, his words held power. The emerging story, his story, was absolutely captivating.

He said at one point, “I want to write this book, and tell my story, but what if no one reads it?”

I then asked the all important question: “Do you want to write, or do you need to write?” After a look of confusion on his part, I clarified: “What if you finish and publish this book, and sell only a single copy? You reach only one person in the world but they are inspired by your story; your words move them, perhaps even change them as a person. Would it be worth it?”

“Absolutely,” he said without hesitation, and I could see the passion in his eyes.

“Then you don’t want to write, you need to write.”

We worked together on his manuscript for sixteen weeks, building chapter by chapter, and every week his impostor syndrome faded while his confidence strengthened. Soon he had a completed first draft manuscript and quickly raised funds (and beyond) to publish and promote his book.

Prior to that manuscript going through the revisions stage, I said to him, “You know what this means, don’t you?” and I received that same look of confusion but also wonderment. “You are a writer. This is something you need to do. And you’re going to write and publish future books.”

His smile revealed this would be true, and Nifemi Aluko’s first published book, Press Play: Music as a Catalyst for Change was well received and won an award in independent publishing. But would this book be his last, or would he go on to further explore and develop his creative abilities and tell future stories? A one-time author, or forever a writer?

A One-Time Author, or Forever a Writer?

Storytellers should always have a need more than a want to create, and the difference between writer and author is a matter of tense. An author is in the past, and a writer in the present and always looking toward the future. A writer cannot be an author until after having first written, but a writer possesses the continuous need to write whether their work is ever published.

“Author” is a wonderful word, such as in the phrase “I am a published author!” Author is also a wonderful title to have on your resume, but consider its meaning. With modern technology, anyone can write and self-publish words strung together, whether digitally or in physical form, and no matter the quality. If a person writes on a website, on a blog, on social media, or elsewhere, they are from that point onward the author of that work and hold copyright (unless relinquishing those rights). So, how much weight does “Author” hold?

“Writer” is a stronger delineation for a storyteller. “I am a writer” is not only a great thing to say about oneself, but “Writer” holds more meaning. It says, “I write, and I publish my words, and I will continue doing so.”

Managing Through the Book Writing Process

To compose an entire book, however, requires a lot from a person, including many sacrifices, and so a writer who manages to publish a book, even if only ever writing and publishing a single book, should be proud of that accomplishment because they are in a minority when it comes to creativity, despite the level of readership.

Fast-forward a few years, and Nifemi Aluko, now a published and award-winning author, returns with a concept for second book.

“I want to write a novel,” he says. “Writing is music, and I need to keep making music.”

So we begin working together for another sixteen weeks on a first draft manuscript for a science fiction novel. The developing manuscript shows a lot of promise, the power of storytelling akin to Ray Bradbury’s Fahrenheit 451 and George Orwell’s 1984.

The words flow out of him. As a writer, he is passionate to tell this new story, and as his editor I am passionate to help him breathe life into this second book. The manuscript is stronger from the start, both easier for him to write and easier for me to edit, and together we strengthen his words. And not long after another book finds its way into print, Toffy’s Divide, a novel, which does well and wins him another book award.

Will this writer (and now author of multiple books) go on to write a third? It’s likely more music will pour out of him. He possesses the desire to create. Not only does he have the aspiration to write, but storytelling is an essential requirement of his very being, and he is willing to put in the hard work it takes to make books.

The Need for Storytelling Always Prevails

Writing, editing, and eventually publishing takes a need for being a storyteller, not just a want, as well as time, dedication, routine, and continuous self-development and improvement.

Most who have the desire to write a book either never begin, or begin and never finish. Their manuscript, if ever started, is never fully completed and improved upon and thus never turned into a book as originally planned. The work is at some point abandoned, and so the story they wanted to share is lost to the world and stuck in the past.

A very small percentage of writers who start the journey of writing ever finish a first draft manuscript.

An even smaller percentage of writers who finish a first draft manuscript ever put their work through additional drafts.

And an even smaller percentage of writers who put the manuscript through additional drafts ever see their work published.

So, ask yourself: Do I want to write to write, or do I need to write?

Once you realize the answer is the latter, find any means necessary to make that happen. Write the story not because you want to, but because you have to, and then do whatever it takes to share your story with the world.

Don’t be the one in the conversation about books saying, “Hey, maybe you can write one for me.” Instead, set out to write, revise, and ultimately publish a book. Plan to not only become an author of the past, but a writer in the present looking toward the future.

If you have always wanted to write a book, or have an idea for a story, write it! But remember: you don’t have to go through that journey alone. If passionate about writing, look for mentors, and editors (there are many types willing to help), as well as fellow writers who might share those same impostor syndrome nerves. Do not write alone.

What is it going to take to tell your story and share it with the world?

Michael Bailey is a Senior Editor at Manuscripts, LLC. He is a recipient and eight-time nominee of the Bram Stoker Award, a four-time Shirley Jackson Award nominee, and a multiple recipient of the Benjamin Franklin Award, along with over thirty independent publishing accolades. He has written, edited, and published many books. His latest is Righting Writing, a nonfiction narrative about dedication to the craft. He is also the screenwriter for Madness and Writers: The Untold Truth, a creative documentary series about writers. Find him online at nettirw.com, or on social media @nettirw. 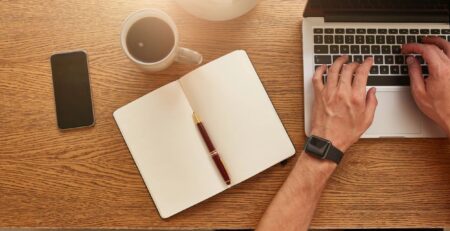 Walk into a coffeeshop and you will likely find someone writing. She has a laptop or notebook in front... read more 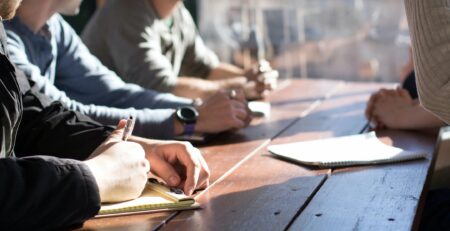 Writing Through Your Imposter Syndrome: Three Steps to Share and Publish What You Write

I hate the term Imposter Syndrome. It’s like you’re afflicted with this disease… shunned by society and destined to live... read more 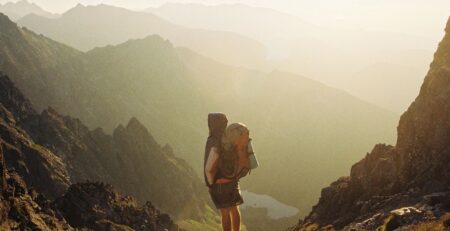 Making the Connection Between Writer and Reader

You have ideas as a writer, but how do you connect with your readers? One of the most difficult... read more 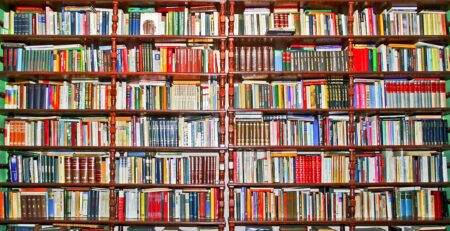 Six Core Actions to Define Your Book Category Before You Write

To Make a Book That Changes the World (or your corner of it), You Must Reject a Current Premise. Why... read more 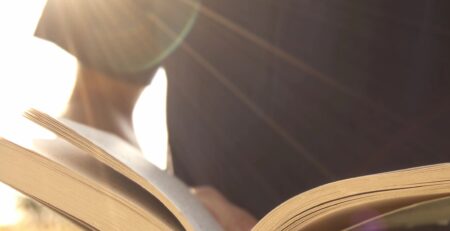 How Design Thinking Can Build Your Writing Process

“So, what do you think of my idea?” When I meet an aspiring author, the most common question they ask... read more 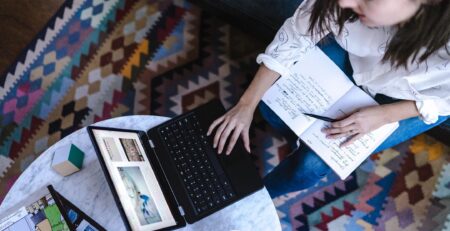 Think about any of the most popular nonfiction books: Atomic Habits, Braving the Wild, Tipping Point, Start with Why,... read more

No comments to show.